Chris Sampson is an author, researcher and analyst of terrorism, cyber, and geopolitical politics and frequently interviewed on matters of terrorism and cyberwar with TV appearances on MSNBC, BBC, GCTV (Chinese TV) and CheddarTV, in radio interviews on BBC, LBC, KPFT, and Canadian radio stations and in print ranging from Washington Post, Newsweek, The Daily Beast, BBC and Snopes and has given presentations on terrorism and propaganda to various organizations and law enforcement.

He is the co-author of Hacking ISIS, an exploration of the tools and actions of ISIS online. He is chief researcher for several bestselling books by Malcolm Nance, one of the world’s leading experts in terrorism including New York Times Bestseller Defeating ISIS, The Plot To Hack America, The Plot To Destroy Democracy, and The Plot To Betray America. Additionally, he has written the intro for The Jihadi Next Door by Dr. Kimberly Mehlman-Orozco and Putin’s Asymmetric Assault on Democracy in Russia and Europe: Implications for U.S. National Security the report published by the Senate Committee on Foreign Relations from Skyhorse.

As a researcher, Sampson has been actively tracking the online and real-world activities of terrorists around the world both past and present. He is responsible for the collection of terrorism data gathered over decades to enable quality analysis for the Terror Asymmetrics Project on Strategies, Tactics and Radical Ideology (TAPSTRI) including authentic materials gathered directly from terrorist forums, groups and channels and metadata and reports from cyber-attacks.

With over 25 years in the information security field, Sampson has dedicated years to studying how hackers operate online including their targeting, methods and the data dissemination they use to profit from their exploits. Additionally, using online tracking methods, he has helped locate and in some cases, destroy portals used by terrorist groups like ISIS, Al Qaeda, the Taliban, NeoNazis and others. 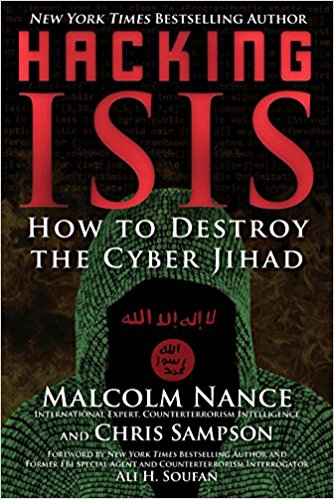